In which Boyd Martin moves into my barn

Actually. . . . not that Boyd Martin.  I do know Boyd and it would be absolutely FINE if he did move into my barn.  Boyd Martin could stay.  We'd provide him food, water and a dry place to sleep.  All I ask in return is rodent removal.  Squirrel counterinsurgency. Reptile patrol.  I'm sure Boyd would do well.

Roughly six months ago a neighbor left the area.  Left behind at least one of her barn cats.  A big handsome streetwise tuxedo cat beast of the feline persuasion.  We'd see him flitting through the woods occasionally.  Toward the end of March he marched into the barn one day, looked around and said "Hi honey, I'm home!".  Just like that we acquired our barn cat. 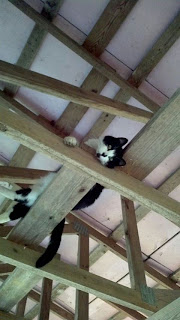 Meet BoydMartin.  He's the coolest cat around.  Meets me every morning when I go out to feed, follows me around and we carry on a running conversation about the weather, the horses, politics and his nocturnal escapades.  He is a mighty hunter.  Just ask him and he will tell you.  There have been a never ending offering of disemboweled, dismembered, decpaitated mammals left very proudly as further proof of his prowess.  If there is a happening at the barn, BoydMartin is in the middle of it.

BoydMartin has a sense of adventure.  He's the self appointed supervisor of all things barn at Pegasus Ridge.  Unload hay, BoydMartin has the overwatch.  Schooling in the dressage ring, BoydMartin is sitting at C, glad to provide an evaluation.  Makes sure all the horses get the right things in their feed tubs.  Oversees stall cleaning, pasture dragging and mowing.  BoydMartin helps in the carriage shed.  He's also been known to check out the wash and wax job on the trucks.  All in all BoydMartin is a solid citizen and a welcome addition to the tiergarten that we call home.

And the name?  Boyd Martin has a cat called Manny.  We thought it only fair that Manny have a cat named BoydMartin.

In which I introduce Baghdad Bob 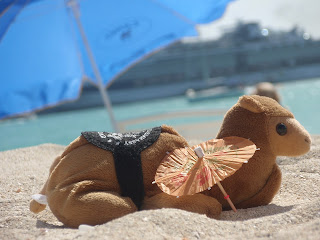 ﻿Baghdad Bob- the most interesting camel in the world. 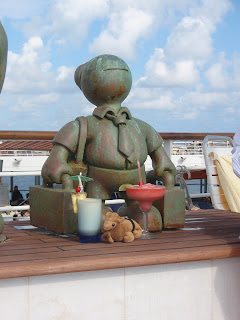 He gets around and is frequently the life of the party. 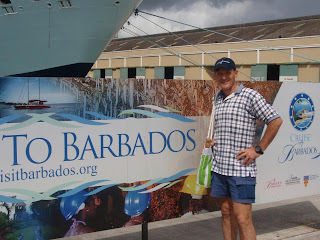 He enjoys a rousing game of Covert Camel. 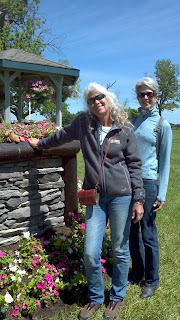 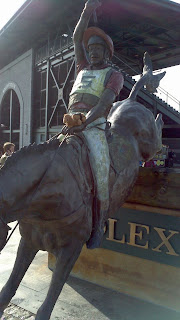 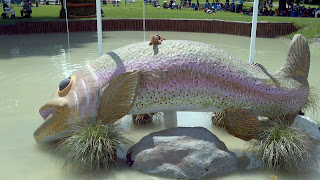 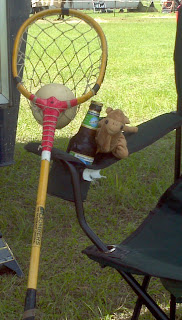 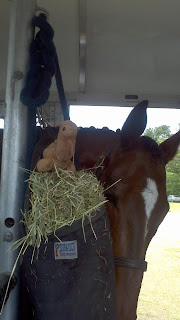 An ardent supporter of those around him. 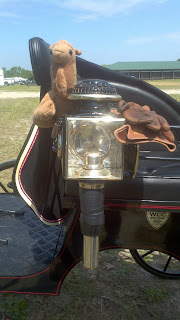 Baghdad Bob.  His charm is so contagious vaccines have been created for it. 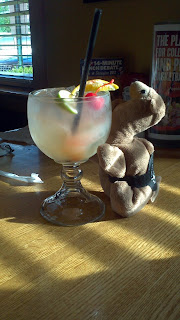 In which Diemer International is revealed

After some public shaming on an international chat board I have been galvanized to get after it and update this blog.  I discovered that I started this post last summer and never published it, no doubt a victim of maternal brain suck, as much of my life over the past 20+ years has been.  Except that since the son doesn't live here anymore I may not be able to claim that excuse.  Menopausal brain suck?  Ah well.

Last Summer was the summer of Diemer International.  Diemers Abroad.  One fateful day, Monday, July 16th, there were Diemers on three continents.  The one located in North America was doing some major facebook sniveling.

I had the honor to serve as team manager for the U16 (that's under 16 for the uninitiated) national polocrosse team.  We spent 20 days in New South Wales, Australia, and Team USA played in three carnivals in the South West Slopes Zone of the Polocrosse Association of Australia. 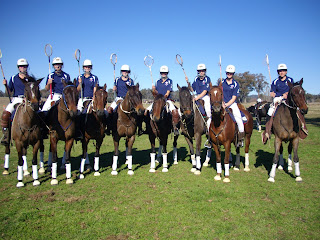 Now, you have to ask yourself, how desparate is someone to visit the Land Down Under that she would willingly volunteer to ride herd on 8 teenagers for three weeks.  Not to mention a 16+ hours plane ride coming and going when this person has taken a vow.  It's like a vow of poverty.  Never pee in the lavatory on an airplane.  Once, a long time ago, I read a story (fiction) about a passenger who got stuck on the loo inflight.

The team met in Dallas and we endured the flight to Brisbane and on to Sydney.  Quantas gets many many thumbs up for being a first class airline.  I would fly with them again any time.  Landed in Sydney, relieved to discovered that all did indeed follow instructions regarding electronic travel authorities, and after a four hour mini-bus ride we arrived in Harden, NSW.  Did I mention when we left the US the eastern seaboard was enduring record highs?  100 plus temps each day?  Weather in Harden - cold and rainey.  High 40.  Overnight lows in the 20s.  First order of business, a trip into Young for purchase of merino wool long underwear.  I lived in them for the entire three weeks.  The team played well the first weekend, winning two out of three matches, and at the end of the weekend we headed off to our respective host family haciendas for a week of real australian living.

Real australian living, as far as I can tell, usually involves sheep.  Lots of sheep. Moving sheep.  Counting sheep. Breeding sheep.  Shearing sheep.  Moving sheep again.  It also involves being off the grid as much as possible.  Huge cisterns to collect rain water for bathing, drinking and clothes washing.  Wood stoves for heating.  Lots of tea.  Brekkie.  Instant coffee.  Did I mention overnight lows in the 20s?  I slept in my merino long underwear. 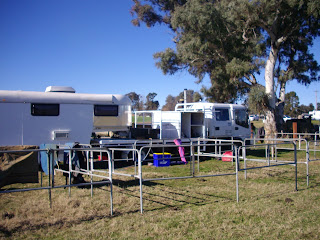 The floats are different, the lifestyle is different.  The polocrosse play is spectacular and the television is distressingly the same.

At the same time I was coming and going down under, the son was headed below the equator to a different continent.  The Open National Polocrosse team headed out to Zambia, and played a series of test matches against the Zambia national team.  While the results weren't what Team USA had hoped for, there were great photo opportunities and it sounds like it was a trip of a life time. 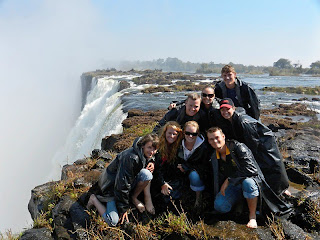 In which the Big Horse becomes the answer to someone's dream . 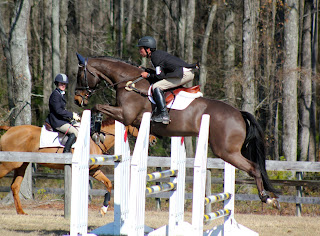 Growing up and moving on. . . putting paid to hopes and dreams.

Well, that sounds dramatic. . . The reality is that while one set of hopes and dreams has been cancelled, another set has been answered.  The big horse (aka Bo, aka Cold Harbor) has a new dance partner.  My mother used to say if it's meant to be it's meant to be and this has all the earmarks of "meant to be-ness. "

Last December we took Bo from the Queen of Darkness down to Aiken to meet Dom and Jimmie Schramm.  Dom is from Queensland, Australia and tells me his "hometown" is outback all the way.  He relocated to the states in 2010 and made the very smart move of marrying Jimmie Holotik.  The pair are chasing their own dream and it's been lots of fun to be a part of that.  An unfortunate accident ended Dom's hopes of campaigning his own Oxlea Aargo and when Aargo retired to the hunt field Dom found himself without an upper level partner to compete.  Enter the big horse.

Dom and Jimmie are currently based out of Quarter Moon Farm in Cochranville, Pennsylvania.  He and Boyd Martin are good mates and Boyd, who formerly had Bo, has been terrific about offering advice and coaching Dom.  Thanks to rule changes this year from the Federation of European Idiots, we have had to revamp our year end goals, but Dom and Bo are getting to know one another.  They have had a light but very successful spring campaign, with top placings at Preliminary and Intermediate, including a double clear XC round at Southern Pines HT II.  The very tough and very impressive new course at the Carolina Horse Park produced only three double clears at the Intermediate level.  Bo and Dom had the afterburners on and made the course look like a cake walk.  Next on the calendar is the Virginia International CCI*, a step down, but necessary to check the boxes to get to the year end goal.  Dom is a real thinking man's rider, and determined to make the best of every opportunity handed him.  Jimmie is the perfect partner, and keeps the lid (mostly) on this wild and crazy guy.  They started a hugely popular and award winning You Tube channel last year, called Evention - you can see Bo on some of the episodes now, the barn is filling up and they no longer are living in an apartment filled with spiders.  Success comes in many forms.

Chase the dream and pay it forward. . . 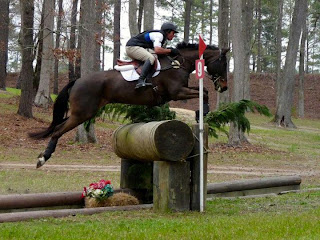 Posted by The Madwoman at 3:47 AM No comments:

The Madwoman
A middle aged madwoman searches for truth, justice and the American way. Enroute she strives to find herself, the path to enlightenment. the Fountain of Youth, the Holy Grail and that elusive left bend.